♪♪♪ By now, you’ve probably heard of the keto
diet. You might even know someone who swears by
it. The keto, or ketogenic diet, involves eating
lots of fat and very few carbohydrates. Think steak, bacon, and pork chops, day in
and day out. It might sound like a heart attack waiting
to happen, but proponents say the keto diet is great for everything from weight loss to
brain health. Some of its claims are backed by evidence. The rest? Not so much. One thing is for sure: the diet is nothing
new. People have been surviving on high-fat, low-carb
diets for centuries. In 1879, Lieutenant Frederick Schwatka and
17 companions set out across the Arctic tundra.

They were in search of a British naval mission
that had disappeared roughly 30 years earlier while searching for the Northwest Passage. All they brought was a month’s worth of
food and ammunition for their hunting rifles. Food is heavy, and the plan was to live off
the land. One year later, the expedition returned. All 18 people and 44 dogs survived, despite
the fact that they had covered more than 3,000 miles on foot on a meat-only diet. How was this possible? A meat-only diet was unfamiliar to most Europeans
at the time, but for the three Inuit families who traveled with Schwatka, it was part of
their way of life. Because little vegetation grows in the frigid
temperatures of their native range, the traditional Inuit diet is very low in vegetables and other agricultural products, which means the Inuit consume few carbohydrates. Instead, they traditionally rely mostly on
the fatty meat from what they hunt and fish. The Inuit guides on the Schwatka expedition showed the crew how they could thrive by eating almost exclusively reindeer and other Arctic critters. It wasn’t easy at first, but eventually
the crew adapted to the new diet.

Schwatka wrote in his diary that eating nothing
but reindeer meat initially caused them to feel weakness and fatigue. But everyone adjusted in two to three weeks. 26 years later, this ultra-high-fat diet found
its way into the scientific literature when the Harvard-trained anthropologist Vilhjalmur Stefansson went to live with the Inuit and study their culture. Starting in 1907, Stefansson lived the next
decade of his life between European and Inuit settlements and wrote extensively about his
experience. One main theme was the fact that the Inuit
— and Stefansson himself — survived on only meat and fish. This was around the time that the first vitamins
were being discovered and nutrition science was just beginning to take hold. And Stefansson’s claims of remaining healthy
on a high-fat, virtually-no-carb diet seemed to fly in the face of that new science. So Stefansson agreed to recreate the diet
under laboratory conditions. In 1929, he and a colleague from his explorations
ate a 100% meat-and-fat diet for a full calendar year, all the while undergoing frequent tests to
ensure they were sticking to the diet. The results? They both finished the year in good health,
without any signs of scurvy or other vitamin deficiencies.

Around the same time, another branch of science
was toying with the idea of cutting carbs. In the 1910s and 20s, scientists studied the
practice of fasting going without food for anywhere from a day to weeks at a time specifically as part of a therapy to treat seizures. Several crucial observations, made in multiple studies published in 1921, found that not only was fasting effective at treating epilepsy, but that a specific kind of diet could produce the same effect. This led to the development of the ketogenic
diet. Doctors found that either starving or on a
very high-fat diet, chemicals called ketone bodies could be detected in patients’ blood
— a metabolic state known as ketosis — and that this diet could help manage seizures
as well as fasting could. Since the diet was designed to produce those
ketone bodies, it was dubbed the “ketogenic diet.” In a time before modern anti-epileptic medications
were available, this diet was a game-changer.

In one textbook, a physician at Johns Hopkins
Hospital reported that of 1,000 children on the diet, 52% had complete control of their
seizures, and another 27% had improved control. So what’s going on? What links starvation, seizures, and ketone
bodies in the blood? Well, it turns out that a body without carbs
has a backup plan. To survive, your body usually requires glucose, most of which you get from carbohydrates in foods like bread, pasta, potatoes, and fruit. Your brain is the biggest consumer of this
sugary fuel. It accounts for 20% of your body’s total
energy expenditure, and half of that needs to come from glucose. But when you run out of carbs, your brain
doesn’t just shut down. Instead, it switches to another fuel source. Usually, that fuel source is fat. When it’s used up most of the available
carbs, your liver starts to break down fat — either from your diet or from its own
fat stores — into fatty acids, which are broken down further into a usable fuel known as ketone bodies, or ketones.

At this point, you’re in ketosis. That’s the state where your body is running
on ketones instead of glucose. Ketones are water-soluble molecules that contain a double bond between a carbon atom and an oxygen atom. There are three types of ketones present in
ketosis: beta-hydroxybutyrate, or BHB; acetoacetate; and acetone. When fat breaks down, those ketones are released into the bloodstream where they travel to your brain and vital organs and into the mitochondria in their cells to be used as fuel. And though they’re not your body’s first
choice for energy, ketones are a fantastic fuel. Gram for gram, they’re actually more efficient than glucose.

So that answers one question: When Arctic
explorers live on a meat-only diet, their bodies stop relying on glucose for fuel and start breaking down fat for its energy-giving ketones. And as Schwatka learned back in the 1800s, it can take a few grueling weeks for your body to fully adapt to this process. But once it has, it’s pretty smooth sailing. But as to why ketosis reduces seizures? Scientists have several hypotheses, including changes in the brain’s energy production or the balance of neurotransmitters like GABA and norepinephrine. GABA has roles in motor control, among other things; and norepinephrine is a stress hormone that also plays a role in attention and emotion. But scienctists are still figuring all that
out. Yet keto shows a lot of promise in treating
other neurological conditions, too. One study published in 2012 showed that for 23 elderly patients with mild cognitive impairment, six weeks on a keto diet was associated with improved verbal memory. 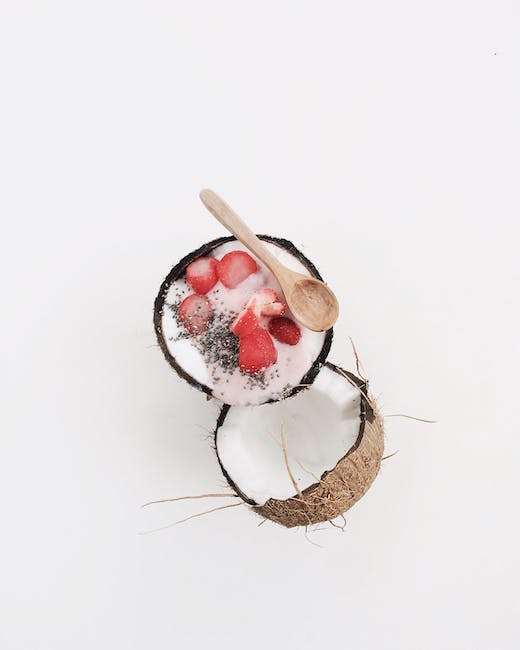 Another study of 152 Alzheimer’s patients
in 2009 found that those on the keto diet demonstrated cognitive improvement after three months. And a very small 2005 study of seven patients with Parkinson’s disease found that the keto diet was associated with significant
improvement in their physical symptoms. Even more interesting, some patients might
not need to stay on a keto diet forever to reap the benefits.

A 2009 review in Neurotherapeutics noted that even when patients stop the diet after a few months, some still experience improvement in their epileptic symptoms. Ok, but what about all the /other/ benefits? Keto evangelists claim that the diet helps
otherwise healthy people lose weight, boost athletic performance, and sharpen their minds. Is that true? The reasoning behind keto’s purported weight-loss
magic comes down to something called the carbohydrate-insulin hypothesis. It says that a diet high in carbs makes your
pancreas secrete more insulin, which makes your body store fat instead of breaking it down for energy, ultimately leading to weight gain. This idea goes all the way back to the 1970s with Dr.

Robert Atkins, who popularized his high-fat, high-protein, low-carb Atkins diet, calling it a “high-calorie way to stay thin forever.” The problem is that this is a hypothesis — one that made testable predictions, which have been tested and found wanting by the scientific community. Some experts still argue for it, but many
think this model’s time has come. A 2017 review of the idea concluded that not only is experimental evidence for the carbohydrate-insulin model lacking, but recent studies directly
contradict it. The keto diet just hasn’t been shown to
be any better than any other diet at helping people lose weight. In studies that put people on different diets
of different macronutrient ratios that is, different amounts of carbohydrates, protein, and fat many find that people lose the same amount of weight, regardless of the diet. Low-carb diets might make you think you’re
losing weight quickly because stored carbs in your body bind to water, so losing those
comes with a reduction in water weight. Eating fat also slows down your digestion,
which could make you feel fuller on the diet.

But both of these effects seem to disappear over the long term. That’s partially because one of the biggest
factors that determines weight-loss success is whether you stick to your diet, and any diet that requires you to cut out an entire food group is really hard to stick to. So if it’s weight loss you’re after, we’ve
got nothing but bad news. But as for athletic performance? For that, the keto diet has some tricks up
its sleeve… depending on the sport you’re talking about. For a study published in 1983, cyclists were
put on a super high-fat diet. Once they had been on the diet for a few weeks long enough for their bodies to adapt to burning fat the cyclists pedaled at a moderate pace until they couldn’t pedal any more.

It turns out that their endurance and aerobic capacity were nearly identical to what they were at the start of the experiment. That’s great news, since fueling mid-exercise can pose a big problem for endurance athletes especially those who compete in multi-hour events like ultramarathons. If an athlete could maintain the same endurance by using their body’s fat stores for fuel as they did by using carbohydrate, they wouldn’t have to worry about bringing all that fuel with them and choking it down mid-race.

But there’s one problem: that 1983 study
showed that while the cyclists’ endurance was unchanged, they weren’t as good at picking
up the pace for short sprints. That’s because steady endurance exercise
can use either glucose or fat for fuel, while high-intensity exercise requires glucose. Once you’re adapted to a keto diet, you
don’t only have less glucose to use for fuel; your body is actually worse at using
it in the first place. In the end, if you’re a slow-and-steady
athlete, keto might help. But if you’re someone who needs bursts of
power, it might do more harm than good. There’s no such thing as a one-size-fits-all
diet, keto least of all, but research suggests it has its place. Thanks for watching this episode of SciShow. We couldn’t do what we do here, including
cutting through all the questionable science around fad diets and nutrition.